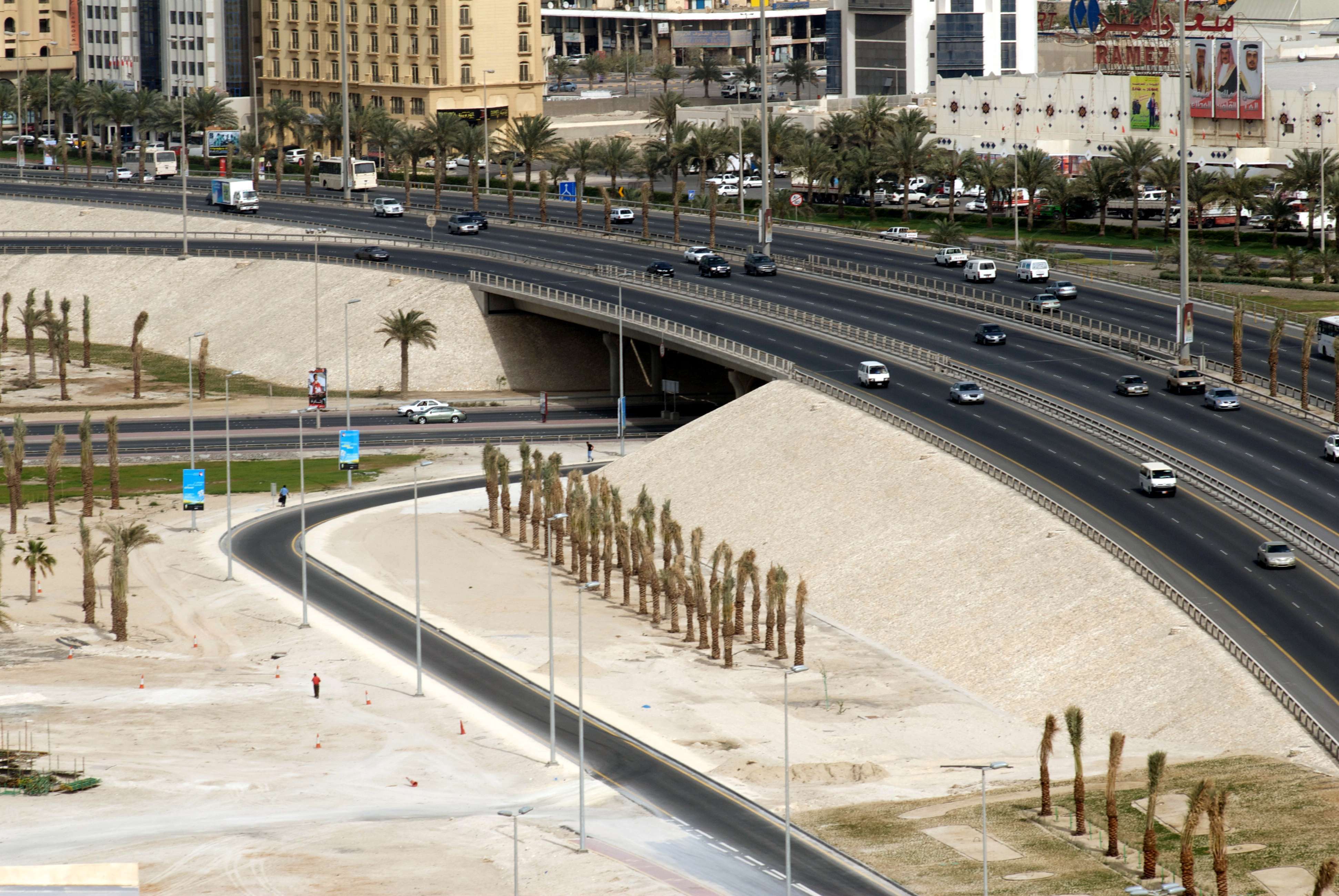 Built in the most trafficked area in Kingdom of Bahrain, the more commonly known Seef flyovers is a unique project in Bahrain. This is the first major grade separated interchange to be constructed in Bahrain amongst and over live traffic. Those who are familiar with Bahrain will appreciate the severe traffic congestion in this area and the monumental task that was undertaken to complete this project.

The project comprises of five individual cast insitu box girder post tensioned concrete bridges. Each bridge is over 100m long in three spans with a maximum mid span of 50m. The bridge abutments are supported on piled foundations located on the top of a massive sand embankment. Also included in the project is the upgrading over 3km of existing three lane dual carriageway and introduction of three new on grade interchanges.

Notwithstanding the technical knowledge required for such a unique project probably the greatest achievement has been in the skills used to develop workable traffic management programs to ensure that this already congested road continues to flow. <.p>

The construction team also managed several major variations during the construction phase including doubling the size of the bridge at the Seef interchange.